from (C)OVID's METAMORPHOSIS, Book the First They threw viruses at us, the great
pricks of the needle
nosed dolphins that swarmed
the Megacruise & died
of disgust, their last songs trilling
into the thread of the world
re: re: re: re: re: re: re: re: working
from home if you can call it
that when no fires burn
but the wolf won’t come down
the chimney anyway because he can
see that hearth’s just s looped gif
which is pronounced weltanshaunng
just like Worcestershire & pandemic
which rhymes with pandemonium
which is just where the devil went
to wait for the liquor store to open
again & the Louvre & the opera houses
& the slot machines at Caesars Palace.
Somewhere in the darkness,
a gambler checked his condition
& found it wretched & so he retched,
violently, tasting yesterday’s  lamb kabob
from the cart in the lobby.  He can’t remember
when he turned from the blazing world’s
clanging slot machines & wandered instead
from one drive-thru wedding chapel
to another: it’s late & he’s weary,
wearing doctor’s scrubs as fetish gear.
He keeps searching for whatever
keeps him afloat down this life’s relentless stream:
the Furies are relentless & there’s another Furry
convention arriving tonight.

By Chris McCreary - April 02, 2020
Email ThisBlogThis!Share to TwitterShare to FacebookShare to Pinterest 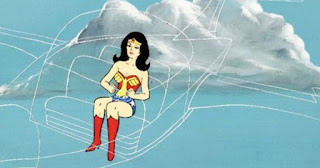